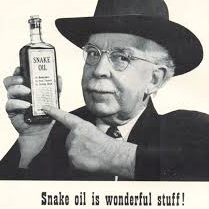 Do You Need a Diesel Fuel Additive?

Diesel Fuel additives are not new, they have been around for decades, but do you need them? We take a quick look at  the myths and lay bare some of the wild claims.

In the past we have been bamboozled by complex additives that claim to improve fuel consumption, increase power and in fact do everything bar the washing up.  With so many excessively wild claims being made it’s no wonder that many people now distrust fuel additives, but is there any truth to the claims?  Consider how much diesel has changed over the past 5 – 10 years, in the good old days you could fill up your tank and forget about it.  Is this still the case?  Is there any real need for fuel additives?  We take a look behind the myths and discover where additives are valuable and when they should be used.

Just to dispel one myth straight away – there is no fuel additive in the world that will drastically improve your fuel consumption.  If this Holy Grail did exist we would know about it and the fuel companies would already have exploited it.  So no, they can’t, but what they can do is help your engine make the most of its fuel thereby maintaining fuel consumption at the best possible level.

Regrettably not;  if a simple additive could improve the power of your engine then engine builders would be in the forefront of its use.  Once again all an additive can do is help your engine make the best of your fuel so you do not lose power. That said a cetane improver may give a marginal improvement, see a video here.

What’s the point of additives?

So with the two most common myths busted you are probably left wondering why additives even exist, to understand what additives can do for you we need to reflect on the history of diesel fuel.

Fuel has changed.  Refiners have been put under pressure to produce fuel with ever lower sulphur content to meet the very exacting emissions control standards, plus they are refining 80% more from a barrel of crude oil than they were in the 1980s and furthermore these barrels originate from fields deemed uneconomical and of poor quality in the 1990s.  As a result today’s distillate fuels are more unstable and contain greater undesirable elements.  As the fuel has changed so has engine design.  Today’s common rail injection systems work to super fine tolerances between the moving parts of just a few microns (a human hair is 50 microns) and with pressures of up to 45,000psi and more recently up to 60,000psi we have more demanding engines relying on a lower quality of fuel.  This is why additives have a very valuable place in basic fuel maintenance.

Some manufacturers are now refusing warranty claims on fuel related components - What has Changed?

The obvious first answer is the lower levels of sulphur.  First and foremost sulphur is a natural biocide so helped keep the infamous ‘diesel-bug’ at bay.  Diesel bug is the name given to the collection of yeasts, moulds and bacteria that fuel, being an organic substance, absorbs from the air.  These microbial organisms live for 18 hours and double in numbers every 20 minutes.  It is these dead organisms and the waste they produce that make up the sludge which blocks fuel filters.
There are two additive routes that can be used to treat and prevent diesel bug, enzymes and biocides.  Enzymes are perhaps the most eco-friendly while not biocidal they work by removing the detritus from bacterial activity allowing it to be burnt away.  If there is any biocide present in the fuel it will be de-activated. It’s worth remembering that enzymes are inactive at low temperatures and ineffective at high temperatures.   Biocides kill and break-up the microbial infection. They work in a similar way to antibiotic and there is no evidence showing organism resistance developing through continued use, this is a myth. More on Enzmes Vs Biocides here:

The process used to remove the sulphur also has implications on fuel quality.  The most cost effective method of removing sulphur is hydro-processing.  Sulphur is removed and replaced by hydrogen, unfortunately as hydrogen is a highly reactive element it also reacts with other components in the fuel removing the polar and aromatic compounds that provides conventional diesel with adequate lubricating capability.  All diesel injection equipment has some reliance on diesel as a lubricant. In modern engines the moving parts are lubricated by the fuel as it moves through the pump.  Other diesel fuel systems such as injectors, unit injectors, unit pumps and in-line pumps are also partially fuel lubricated.  In these systems the mechanism typically consists of a plunger or needle operating in a sleeve or bore, the fuel is used to lubricate the walls between the reciprocating piece and its container.  If the fuel loses lubricity an increase in the amount of wear or scarring will occur between two metal parts.  Low lubricity fuel may cause higher wear and scarring thereby shortening the component life. See here for video on Lack of Lubricity

Another relatively new phenomenon that is on the increase is Internal Diesel Injector Deposits (IDID).  Traditional coking deposits have long been known and understood; however, IDID are found inside the injector body.  They are causing injectors to fail, in some cases reportedly after just 100 hours.  In other cases engines that appear to operate perfectly at the end of the working day experience starting issues after shutdown.  There are two distinct types of IDID, ‘waxy’ or ‘soap’ like deposits and carbonaceous or lacquered.  Although there is no clear research pinpointing the exact cause there is evidence that the use of bio-diesel and ultra-low sulphur diesel (ULSD) could be a factor.  Not only does bio-diesel contain trace metals that can intensify injector formation, biodiesel oxidation products can contribute to deposit accumulation.  Carboxylic acid formed during biodiesel oxidation can corrode iron surfaces to yield an iron carboxylic salt layer.  This salt layer can then trap other components in the fuel such as polymers that are also formed during biodiesel oxidation.  Remembering that the tolerances between the moving parts are only a few microns it’s easy to see why these new IDID need to be addressed. See here for videos on IDID

Water is by far the single most destructive contaminant in a diesel tank. Modern diesel particularly in the form of biodiesel readily absorbs moisture from the air. Free water gives rise to microbes and emulsified diesel can cause an even greater problem, not only does this widen the platform for diesel bug but is taken through the injection process where is can become super heated and cause catastrophic failure of the tip of the injector leading to turbocharger failure etc.,  Furthermore free and emulsified water in diesel removes what little lubrication the fuel has and gives rise to corrosion when the engine is stopped. Free water is easily removed by simply opening the drain valve regularly. If you don't have a drain then a Diesel Dipper® sucking up through a top mounted dip tube will enable water and sludge to be removed from the bottom of the tank.

One thing that can’t be escaped is how diesel behaves in low temperatures. The precipitation of wax can become a real issue resulting in fuel becoming gelatinous blocking filters and pipes.  Cold flow properties can be influenced by the source of the crude oil, how they were refined and even the climate in which they were produced.  Additives can help but must be added before the fuel reaches ‘cloud point’ - the temperature at which small solid crystals can first be seen.

In the past additives have tended to be available in one ‘catch-all’ offering so you would be paying for chemicals that you don’t necessarily need.  There are however times when you might want to consider an all-encompassing stabiliser and conditioning treatment, namely when you are storing fuel.  When talking about storing fuel we are not just talking about huge tanks of stored diesel we also have to think about emergency equipment such as lifeboats, fire pumps and emergency generators as well as those times when you are simply tying up for long periods.  Knowing what you now do about the quality of modern diesel it is probably no surprise that the university of Idaho found that diesel can show 26% degradation at just 28 days and as most fuel is used within 18 – 24 days of leaving the refinery, there is no requirement for the refiners to produce a diesel suitable for long term storage.  The degradation manifests itself in microbial infection, loss of cetane rating, gumming and a change of colour as the heavier components of the fuel blend detach from the solution.
In conclusion, while fuel additives won’t improve consumption or power, the changes in fuel mean that firstly they will preserve both.  The changes in fuel also have serious proven implications on engine components causing increase wear and in some cases severe engine component damage.  This now makes additives a must have rather than a nice to have.  But, you no longer need to buy the ‘catch-all’ of the past, ranges such as our DieselAid® range can address specific issues such as deposit control, loss of lubricity, microbial infection and cold flow etc., while our conditioner and stabilizer is produced to tackle large storage tanks, smaller emergency equipment such as lifeboats and generators can use one-shot DieselAId® Surestart. Looking after our fuel is now an essential part of engine maintenance.
For more information see "Suspicious Minds" - it's not all snake oil

Back to Blog Articles
Leave a comment
MarShip Home 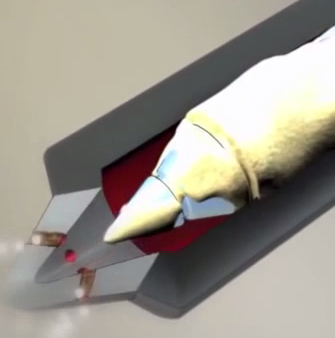 IDID deposits on the inside of the Injector